Join, donate or become a volunteer

AISA International NGO regularly mobilizes to highlight the dialogue of civilizations, religions and cultures and to promote the Culture of Peace through concrete actions, aimed at mutual understanding and cooperation between peoples.

It opposes divisive discourse and the temptations of identity withdrawal, whether nationalist, religious or communitarian.

It invites everyone to act to replace the culture of fear and hatred with a true Culture of Peace. 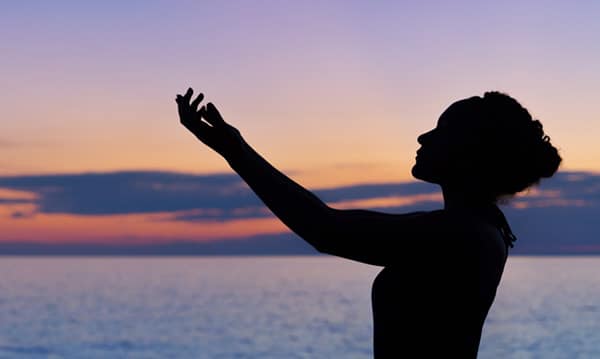 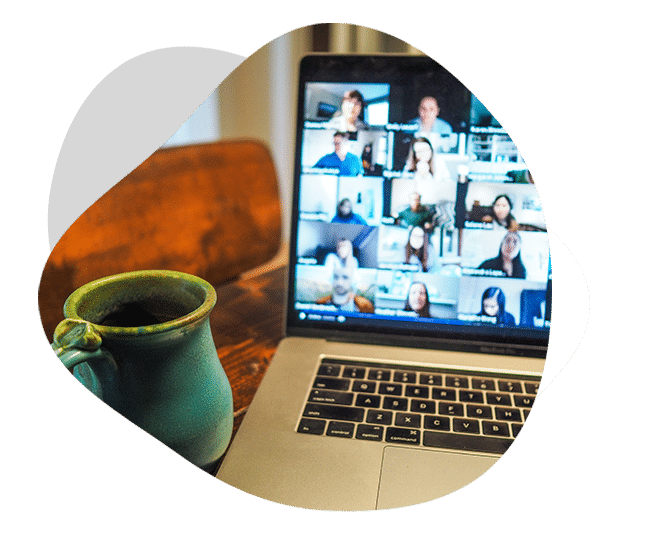 At the initiative of Cheikh Khaled Bentounes, its honorary president, AISA International NGO created a webinar at the time of the spring 2020 pandemic with the aim of maintaining contact with its members and friends despite the difficulties of physical meetings. .

These were alternately encounters of a spiritual nature (dhikr ) during major events of the Muslim community (the celebrations of the two canonical festivals, of Mawlid an-Nabawi, of Laylat al-Qadr, etc.) but also events specific to the Alâwiyya Sufi path (sessions of dhikr , nights of ramadhan, moussems (Sufi songs), commemorations, etc.) and reflection meetings (fikr ) around specific themes.

This webinar is still running today and has achieved international notoriety that encourages us to continue and expand its activity.

In particular, every month it offers a meeting with a personality on the occasion either of the release of a book, or of a current event, or of a subject of particular interest.

Baptized by the name of Webjamaa’, it aims more specifically to be an information platform on the great personalities of Sufism, on aspects of the Islamic tradition (dogma, rituals, spirituality, history, etc.) or more generally on inter -religious.

This is how we had the pleasure of receiving Messrs. Pierre Lory, Eric Geoffroy, Ahmed Djebbar, Manoël Pénicaud, Sébastien Néchelput, Omar Belaari, Grégory Vandamme, Slimane Rezki, Issam Toualbi-Thaalibi, Tayeb Chouiref as well as Mesdames Cheikha Nour Artiran , and Leili Anvar who shared their thoughts on subjects in which they have acquired expertise.

The meetings are broadcast and archived on the webjamaa.net site and are relayed by social networks, in particular YouTube . They are therefore always available for consultation.

The interventions of our guests are generally in French but are translated instantly by us into Arabic, English and Spanish. This allows us to approach a global audience of Internet users.

In particular, we will have the pleasure of receiving in 2022:

CHORUS OF THE ALÂWIYYA SUFI WAY 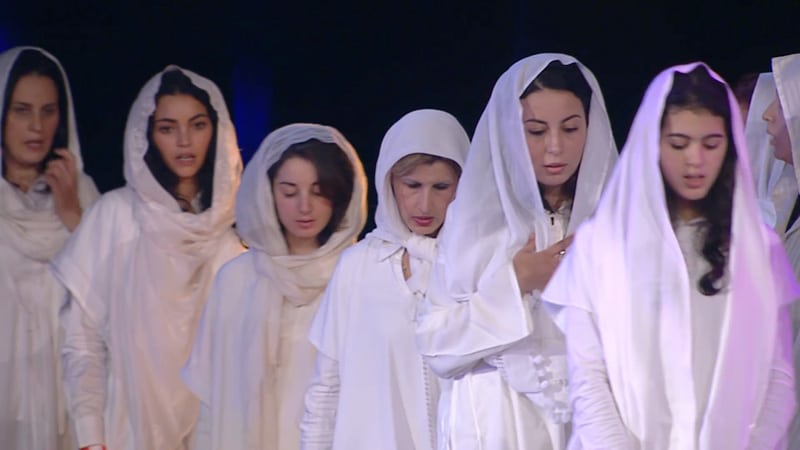 Its singers and musicians contribute to perpetuating the spiritual heritage they have inherited by fully integrating it into the great Arab-Andalusian musical tradition.

The Alâwiyya Sufi Path Choir, whose center is located in Mostaganem (Algeria), draws its repertoire mainly from the diwân , a collection of mystical odes by Sheikh al-Alawî, founder of the Alâwiyya Sufi path, and from those of the masters of the initiatory chain of the Shâdiliyya-Darqawiyya.

The mystical odes are of great clarity and emotional and spiritual intensity .

They are generally interpreted without instruments or percussion, and let the voices of its performers vibrate, ( mussami’ine) promoting a depth of listening ( samaa’ ) plunging the listeners into meditation and exaltation.

The Alâwiyya Sufi Way Choir is one of the rare Sufi choirs to offer a mix of performers , men and women singing in unison or alternately.

It thus symbolically reconnects with the original music of the primordial soul where feminine and masculine were not yet differentiated.

The samaa’ ritual , a hearing session of mystical odes, is traditionally performed in the heart of the zawiyyas, places of companionship, retreat, meditation, hospitality and teaching.
Collection of poems and songs composed from time immemorial by the greatest mystics of Islam, the samaa’ exalts the love of God and His prophet, the trust placed in God and the noble values of the Muhammadan ethics. It conveys universal messages, those of peace and love. 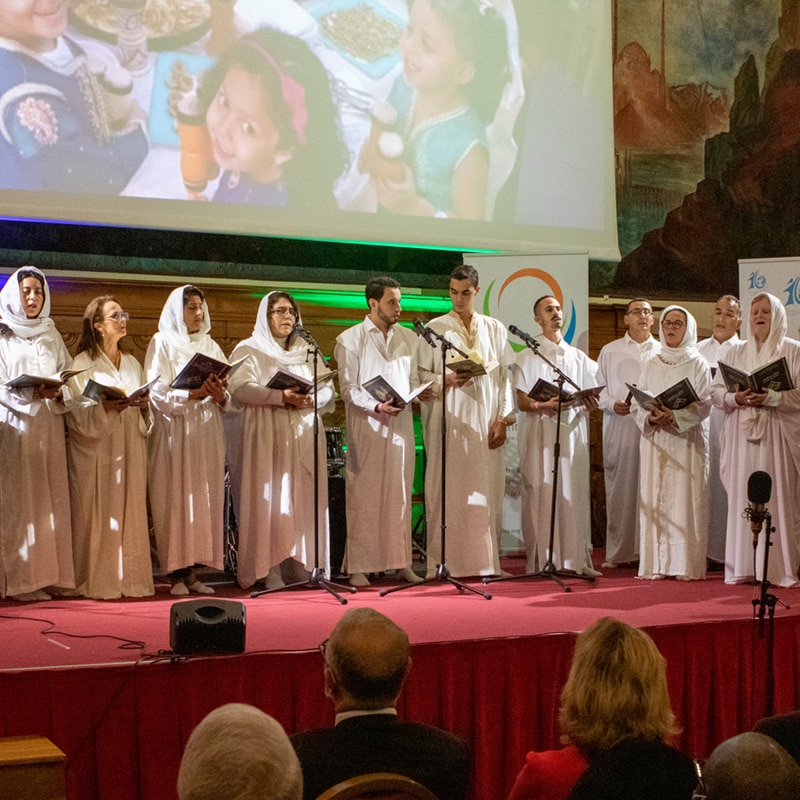 AISA International NGO has created the “Festival of Mawlid ©”, which commemorates the birth of the Prophet Muhammad every year.

It is through celebrations and musical performances that the diversity of the cultures of the worlds of Islam is thus valued against the standardizing and reductive thought in which some today want to compartmentalize Islam.

Organized in many countries, the “Mawlid © Festival” is driven by the values of sharing, tolerance and fraternity advocated by the Muhammadan message and by the desire to contribute to the reconciliation of the entire human family.

The “Festival du Mawlid ©” contributes in its own way to building bridges between the cultures of the world and spreading peace among people.

Ahad-Unity©, is an achievement of the Adlania Foundation which aims to highlight the richness and unity of the Islamic heritage and to make accessible to a wide audience the sometimes unknown spiritual resources and teachings of tradition and culture. Muslim.

Its objective is to transmit more particularly to the new generations the message of the Culture of Peace carried by the Muslim tradition in order to help them to live and build their future not against each other but with each other.

Cookie management
To provide the best experiences, we use technologies such as cookies to store and/or access device information. Consenting to these technologies will allow us to process data such as browsing behavior or unique IDs on this site. Not consenting or withdrawing consent may adversely affect certain features and functions.
Manage options Manage services Manage vendors Read more about these purposes
View preferences
{title} {title} {title}